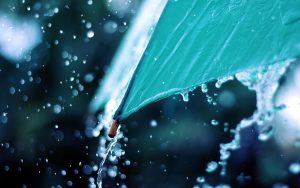 These words of the prophet Amos, the earliest of the many preachers who warned against the coming destruction of his country, ring down the centuries against all nations that abandon justice and the ways of God in favor of greed and corruption.

Amos lived in a prosperous and generally peaceful time.  But as often happens in times of material prosperity, religion was in decay; faith in the ancient covenant with the God of Israel was giving way to a cynical national paganism, long on outward ceremonies, short on heart. Amos describes a situation in which the rich ruthlessly oppress the poor through systemic injustice and corruption, and denounces it as unfaithful and unsustainable.  God is watching; and while God is the tender and compassionate Father of Israel, God is also the God of justice and righteousness, the Lord of all nations, the Lord of history.   The covenant of the people Israel with God requires that the people deal justly with one another as brothers and sisters under one almighty father.  According to Amos, social justice among God’s people is not optional.  Social justice is not just a political choice among others, it is the way the faith is lived out on earth.  This teaching of Amos accords fully with the ministry of Jesus, who commanded us to care for each other and taught us to pray, “Thy kingdom come, thy will be done on earth as it is in heaven.”

The book of Amos is short, but long enough to make this point with crystal clarity: Amos warned the people and the rulers against the rapacious greed that led them to trample on the poor, abandon the weak, exploit the vulnerable, and to hate anyone who spoke up for them.

The line between Amos situation and our own in America today seems pretty obvious: religion is in rapid decline, the divine commands to care for the poor, the weak and the vulnerable have no voice in the national conversation.  No, the coterie of rapacious billionaires to whom our government has been entrusted, their hour come round at last, is rushing to enact a scheme to shower money on themselves.   The massive tax cuts for corporations and the wealthy will add a trillion and a half to our national debt, money that will have to be paid back with interest by someone.    Meanwhile this appalling theft by the very rich is being marketed as “tax relief for the middle class, working families of America.”  As Judge Judy says, don’t pee on my leg and tell me it’s raining.”

Once this cash-grab is achieved and the federal government is brought to its knees by crushing debt – huge spending cuts will be necessary.  Where will these come from?  If you guessed the programs that benefit the sick, the old and the poor – the very people that Christ commands us to care for – you would be right.  Dragging these expensive social programs to the sacrificial altar of their own greed has been for many years almost the sole obsession of the political party that now controls our government.

As the prophet Amos memorably demonstrated 2700 years ago, there is a moral dimension to political behavior.   That moral dimension defines our connections with one another and our obligations to one another.   It comes to us, to people of faith, not as a set of options, but as a revelation from God.   As the precious commandments, this revelation came down the mountain with Moses and has been the great treasure of God’s people ever since.   Moses carried it down the mountain, Jesus grafted it into our hearts.

So what started as God’s law is transfigured into God’s love.   Love is an energy that sustains us as it flows through us; it is not a commodity that can be hoarded.  Like the manna in the wilderness, love must be gathered fresh every day.

This is wonderful news, of course, for us and for those whom God has commanded us to care for in his name and by his power.  There is health and wholeness and healing for us precisely in the service we are commanded to offer.   This is most certainly, most gloriously true.

Amos’ warning to his people is also true: the society which falls for the hoax of greed and the lust for money is doomed, is self-destroyed.   It happened to Israel 2700 years ago.  It has happened many times since in many places, and it could happen here. (More and more I am afraid that anything can happen, even here).   In America, our most potent enemy is not Russia or China or even ISIS: what will bring us down is our own sin of greed and selfishness, and the way we live that sin out at home among ourselves, and on the world stage.

The religious side, the faith side of this question is this:  Caring for people in need is absolutely commanded by God.  Abundant generosity and love responds.

What that means socially and politically is that until the people in our communities are cared for, our children educated and our earth protected, then we have to put some sort of limit on the lifestyles of the rich and famous by requiring their help.  Not to take away anybody’s swimming pool, but enough already with the 1%.   Society does not owe anybody cosmic wealth.  No, even politically speaking, we all have to share because we are all riding the same planet.  It’s not rocket science: rich and poor, wise and foolish,  you-name-it and the-other-thing, we’re all in this  together and we all have to share.  As the old hymn says, “The wise shall bring their learning, the rich shall bring their wealth …”

That’s the political part, the human society part.  The Christian part, the really personal part is this:  greed and selfishness – like fear, like lying – these things eat the soul.  Grace sets us free; the truth sets us free.  The Gospel of the kingdom of God sets us free.