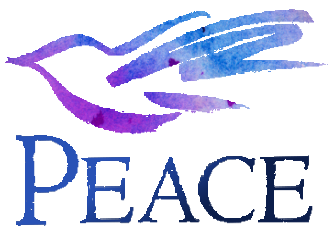 It was a beautiful summer this year in New York: mild temperatures, low humidity, moderate rainfall, plenty of sunshine. People older than I am have been saying it was the most beautiful summer they can remember. As one who grew up in the withering heat of Texas, I can “second that emotion.”

This summer set a record in another way, though. The news has been horrible: the number worldwide of refugees and people displaced by war reached 50 million, unspeakable cruelty and murder by ISIS in Syria and Iraq, the systematic rape and torture of 1400 young girls in England, horrible, incurable disease in West Africa, shameless, illegal land-grabs by Russia and Israel…it is as if a wave of Texas heat has fried the sensibilities of people all over the world. Yes, in our local communities we can live in a bubble of normalcy, threatened only by the occasional proposal for housing homeless people among us. But not so far away, much of the world is on fire. So much for our beautiful summer.

While I was having my hair cut last week, l asked my barber Raffi. who had just returned from a family wedding in Lebanon, how his relatives there reacted to all the awful news. He said, “They don’t read the news.” I was shocked: though lately I’ve taken to reading the Arts section first, it would never occur to me not to read the news, however bad. He then told me that his cousin was just killed in Syria, beheaded by ISIS. Who needs to read bad news when one is living it?

So: all through this beautiful summer my heart has been very unquiet. My head has been full of bad news, and I felt distracted and helpless to respond. I’m a pastor: I should have an answer, but I don’t. Or didn’t.

It’s strange how God works in us sometimes. Last week at the Deans’ Retreat in New Jersey, we were instructed by the leader to “get out of your heads” as we shared a service of Holy Communion, and “listen to what your hearts are experiencing.” That’s a lot harder to do than it is to say. I wasn’t connecting with the sermon and my mind was racing with worries small and great. Suddenly I remembered that I was supposed to be having an experience of the heart, and my eye was drawn to the stained glass window behind the preacher.* In the same modern style as our windows at Trinity, it depicted Christ as High Priest, holding out his arms as we do when we pray at the altar. I noticed that he was standing on something that was shaped like a rainbow (though it was all green) and below Jesus’ feet, at the bottom of the window, was a half-circle of the most brilliant blue glass I had ever seen (now that I think of it, there’s a famous window in Chartres cathedral with the same glorious color). Did that blue glass represent the cosmos? The earth? The sea? Suddenly as I looked into that light, a feeling of deep peace came over me like a wave; I felt safe, known, loved. Suddenly, for a few minutes, it was well with my soul. For my unquiet heart, for my head full of the world’s suffering, it was, as they say in the Orthodox liturgy, “an angel of peace.”

This is the challenge of the spiritual life: to know all the bad news and yet not to run for escape into a bubble of false security and illusory hope, but rather to stay grounded in the unconditional and universal love of God, in the Blue Light of a cosmos for which Christ our High Priest is praying and in which the power of Christ is our King is working. Our suffering world has a Savior who has suffered for her, and loves her, and will redeem her.

That’s good news that, even in the face of its fierce, satanic fury, is dissolving and healing all the bad news from this beautiful summer. I am reminded of a few verses from Psalm 11, which has a special place in my heart:

In the Lord I take refuge; how can you say to me,
“Flee like a bird to the mountain;
for look, the wicked bend the bow,
they have fitted the arrow to the string
to shoot in the dark at the upright of heart…?”
The Lord is in his holy temple;
The Lord’s throne is in heaven…
The Lord tests the righteous and the wicked,
And his soul hates the lover of violence…
For the Lord is righteous:
The upright shall behold his face.

May the Lord in his mercy soon make it so.